Bad Debt and How To Get Rid of It

A whole lot of people talk about the difference between ‘good debt’ and ‘bad debt’.  Let’s mention it, to get it out of the way, then move on to the real topic…just plain getting rid of the bad stuff to make way for a better life.

Okay. So in very general terms as people tend to speak about it, ‘Good Debt’ is debt on an appreciating asset. Debt that helps you increase income, such as debt to help a doctor through medical school, so that she can earn $300k+/year from that point on. Or debt to finance a purchase order with a 50% profit margin in your business.

Good debt, by that definition, could also be debt to take on an appreciating asset, such as a home, a rental property or an apartment complex.

So if you subscribe to this school of thought, debt is taken on for purposes of near-immediate income growth, or to acquire an asset – such as a house – that goes up in value over time, can be a good thing. Decisions we all have to make living in America with debt so easy.

And, as a mortgage lender, I would agree that a mortgage – debt used to acquire a home that you live in, pay down over time and which tends to increase in value – is not bad debt at all.

Interesting as the opposite of debt to acquire an appreciating asset or to increase income – bad debt, by our burgeoning definition – is also the easier debt to be approved for. A small business loan or a home loan take days of documenting and processing to approve.

Think about that. A car loan is usually approved in a matter of minutes, literally. The same with a credit card. After the housing crash in 2008, when we swore off credit cards, I did not have any. And I opted out of being solicited by those companies; an action I highly recommend for you.

But, some time back I decided to call and see if I could get a credit card. It seemed like a good idea at the time. So I sheepishly called to inquire. I did not know I would be approved for one, as I had not had a credit card in some 10 years…and I assumed it would be more stringent to apply and get approved.

Not so. Literally I was put on hold for 1.5 minutes, and the young (sounding) representative came back on the line stating that I was approved for a $50,000 credit card limit. “Ugh! Too much!”, I nearly yelled.

Most of us would agree that a car payment is not good debt. I know, some over the years have argued the merits of financing that ‘dependable’ vehicle to be able to get to work and earn a living, etc, etc. No one yet has argued the merits of accumulating credit card debt to buy a bunch of stuff that, by the time the bill comes around, you cannot even remember what it was you bought.

So, bad debt is easier to be approved for.

Maybe because that bad debt is not bad…for the party issuing the debt. Maybe they make gobs of money in interest and fees on those depreciating things that we buy with money we don’t have and haven’t earned. Maybe it is really good debt, er, assets for the companies that issue them to us. So, easy money for us to use. Easy money for the credit card companies to make from our future earnings.

Getting Rid of Bad Debt

I assume you agree with the rough definitions and states that good debt vs bad debt can put us in.

So the obvious next question is: How do we get out of the bad debt?

No one gets out of debt the same way we got into debt. We don’t just keep doing the same things and expect the result to be different (hat tip on that to, well, Einstein.)

The habits to change to get out of debt are:

If I had a dime for every person that sat in my office to review their credit report or assets or the home loan who laughed and said, “Money is just not my thing. I just don’t have a brain for that money and math!”

If that is you, then I have to say it is not a valid excuse. In fact, you and I know that is not the truth, really. The truth is you probably have an aversion to money that is more deeply rooted psychologically. And unless you are counting on Social Security payments to take you into a nice retirement, then you will need to address that and face the fact that, for whatever reason, you do not feel comfortable assessing your own personal finances.

Topic for another post…or maybe attending a Tony Robbins event would really help. Seriously. It would.

For now, we can get started just addressing the issues, starting with just being decisive about what you spend money on and what you decide you are unwilling to.

Start with little things like drinking the coffee at the coffee maker at work instead of the $5 coffee from the shop on the way to work. And bringing lunch from home if you don’t have a scheduled, business-purpose lunch. Add that up for a win: the coffee was free (thanks, Boss!) and saved you about $25 that week. Lunch was about $3 bucks a day, instead of the $7 at a drive through or $12 at the sandwich shop. So, that saved $55 this week. Win.

Want to get started planning and bringing meals for lunch? I highly recommend   Stuggle Meals. Frankie, the host, makes it fun. And I have tried some of the recipies. Some are really good. Others, well…not so much. But they all come with a sense of accomplishment.

Then, move onto other one time, easy wins. Try to get one bill a week that you can reduce or cut..

Start with cable. Easy, because the cord cutting that was an anomaly just a few years ago has become a movement. We cut out the Dish a few years ago and tried a Leaf antenna for a while. Where we live the signal was good but not great. Then we went back halfway to YouTube TV. We love it, and it is some $60 cheaper than what we were paying for satellite TV.

Car insurance is next. And, rather sensitive. I know you may have been with State Farm or USAA for years, and they are like family. But, they are not. Really, they are not family. Just a company that is really good at marketing, and just as good at insuring against calamity as, well, a whole bunch of lesser known companies who are not doing commercials with NFL players, and will charge you less because of it.

The idea here is to cut costs and celebrate the wins. It becomes an adrenaline rush to cut, and that helps form the habit over time.

A past client couple who I helped finance their $750K home a few years ago called saying they were considering selling and buying a home priced just over a Million. I was excited as I spoke with the wife and listened for nearly a half hour as she, very excitedly, recounted how they had been doing the budget and cutting costs and celebrating wins and knew that this dream home was, in fact, in their budget. And, from an objective third party professional standpoint, I was happy to agree with her. It was, now, in their budget and they could comfortably swing it.

The adrenaline rush of cutting costs is awesome. But like any emotion, wanes over time. So, the next habit to simultaneously establish is to pay attention. And by that I mean, to track so that your income and expenses are not a feeling, i.e. I feel like I am spending less…, but a hard and fast number where there is, really, a positive number left at the end of the month.

You see, impulses and feelings get us into debt. Math and habits will get us out.

But, that is a whole new set of habits. And a habit is most simple to form the less resistance there is.

For example, a friend told me that last year for a New Year’s resolution he thought about resolving to go to the gym four days a week.

He thought about that. But decided not to make that his resolution, because he knew he would not do it. It was too far away from the current habits of, well, never exercising, that he currently had fully developed.

So, instead he resolved to do one pushup every morning.

You read that right. One pushup. He knew that, rolling out of bed, he could always do that one pushup.

And while he was down there doing that pushup, well, he could do two, or ten. So he resolved to do a pushup every morning. And now, fast forward a bit more than a year, and he is, indeed, going to the gym 4 days a week. He built up to it.

To effectively go from the habit of impulses and feelings determining spending to habits and math, I recommend a simple form that everything naturally populates where you can glance and see the reality, such as Personal Capital or EveryDollar. There are others as well. Use whatever you think is best. The one that gets you in the habit of paying attention to spending and income is the winner. Use that one. Do that pushup. 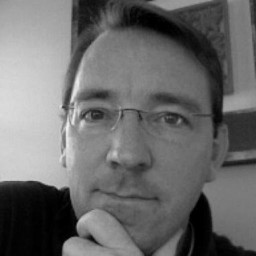 How Many Homes Should I See? Buying a END_OF_DOCUMENT_TOKEN_TO_BE_REPLACED